Elegant Fuel will be operating a full fleet of 51 tankers over the festive season to ensure holidaymakers in South Africa have round-the-clock access to fuel.

“We’re expecting about 30 000 vehicles to fill up at our stations every day over the festive season and we’re ready for that,” says Elegant Fuel director Ryno Strydom. “We’re ready to greet all travellers, to fill up their vehicles and to supply them with padkos (food for the road) from our convenience stores.”

Strydom says approximately 600 staff will be working at the company’s service stations in December and January to make sure drivers have a pleasant place to stop and fill up on fuel and other essentials.

Elegant Fuel expects that over the festive season it will distribute between 15% and 20% more fuel than the 50-million litres a month it usually does.

One of the more than 63 Faith Wheels tanker drivers contracted to Elegant Fuel is Timothy Banda, who has been driving heavy trucks for 20 years. Banda enjoys the freedom that comes with being on his own on the road, where he doesn’t have anyone looking over his shoulder all the time.

“We are nothing without fuel, so we [drivers] don’t get a break,” he says. He won’t spend the festive season with his family – he has a wife and five children – because Christmas and New Year are the busiest time of the year for fuel tanker drivers.

Fellow tanker driver Stephen Meje will also be at work this festive season. This year Meje, who has been driving heavy vehicles since 1995, is getting a break over New Year and is looking forward to celebrating with his wife, five children and grandchild.

Elegant Fuel offers its clients a steady supply of fuel, operating its state-of-the-art equipment 24/7 to do so. The company is 25% black-women-owned and is a level two broad-based black economic empowerment contributor. 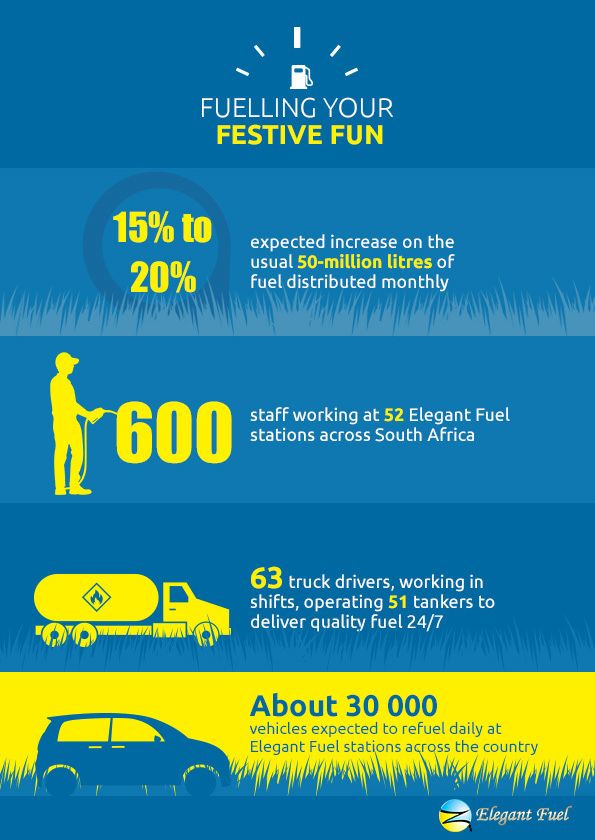